Either hit drive against a table (while unpowered) to unstuck: only do that with already fucked-up-to-be-backed-up drives.

(When I was a sysadmin, I heard a story of how old VAX drives would stall, so holes had been drilled in them with tape over the holes. When stalled, the sysadmin would peel back the tape and use their finger to spin-start them. Those even older drives must have been more tolerant of dust!)

More than once I had a hard drive fail to start up after a power cycle (back then the drives only spun down when power was removed). First thing we tried was to remove the drive and give the whole drive a sharp spin on the axis of the platter. Due to inertia of the platter, this would tend to get the platter to move a bit and "unstick" it.

My recollection is that it worked every time I had to do this. Of course, we would back up that drive and replace it as soon as possible.

On power unit, ampere is a maximum (an equipement using less will be fine), while voltage is an exact value, with a tolerance of ≈10% 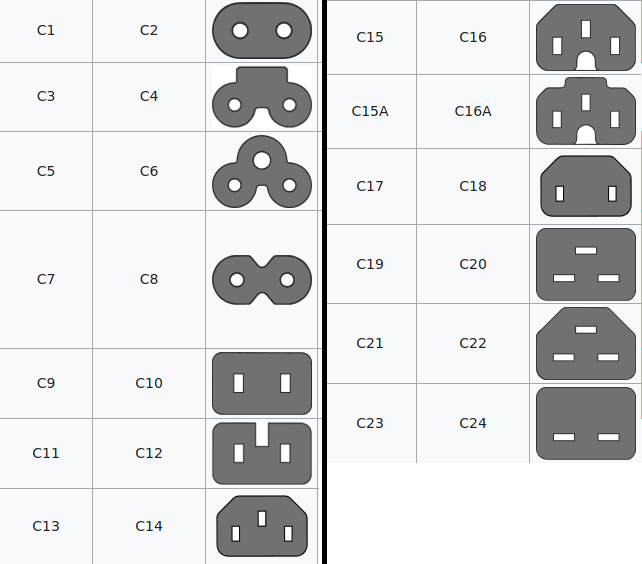 Power supply labels on (mainly old) PSU connectors seems to have very little documentation. From here and here (archive), it seems to be:

If a computer no longer powers (typically, a laptop), unplug power supply, remove battery, then press and release power button for one second, 30 times, and put battery and power supply back. It will discharge static charges from capacitors, actually removing any leftover power, and might allow computer to come back online.